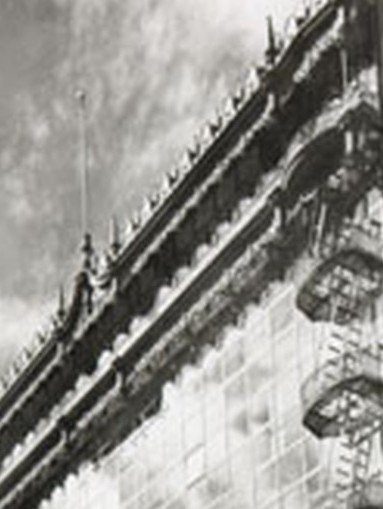 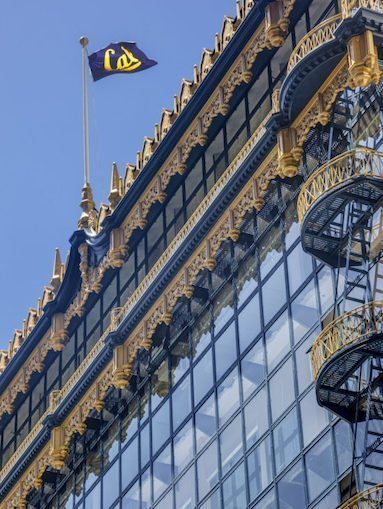 Before and After Renovation 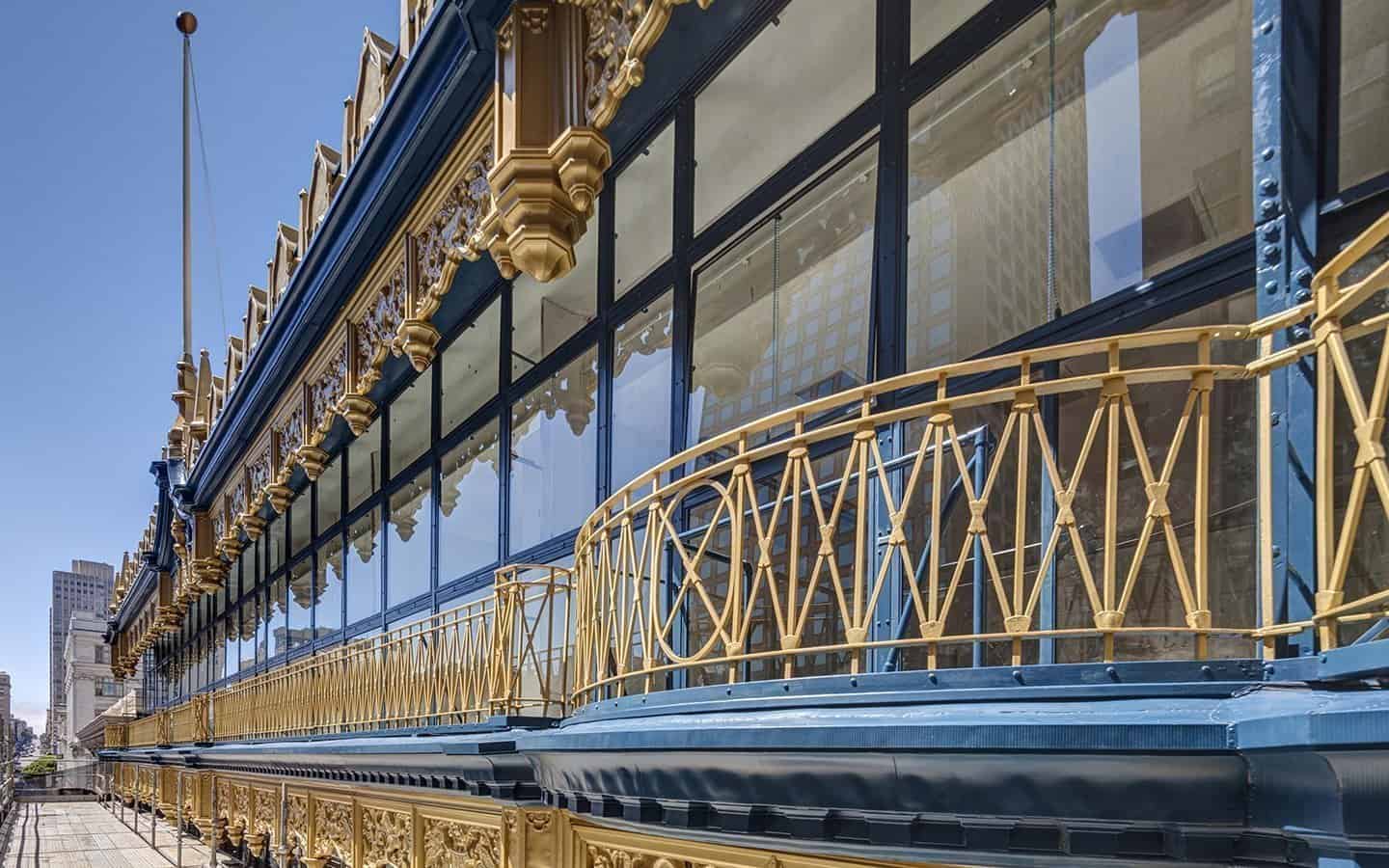 In December 2010, Owners Edward J. Conner and Herbert P. McLaughlin asked The Albert Group to assemble and manage a team of experienced professionals to assess the water damage to the curtain wall and determine how to restore it to its former glory. Because of its skill in forensic architecture and waterproofing, McGinnis Chen Associates was selected as the architect of record with Page & Turnbull serving as the preservation architect and guide through the lengthy City approval process. Subsequently, the team was expanded to include a materials scientist, sculptor, testing agency, two structural engineers, a curtain wall consultant, Cannon Constructors as general contractor and a variety of specialty subcontractors.

With the enthusiastic approval of the Planning Department and the Historic Preservation Commission, the team removed and replaced the structural steel at each of the three balconies and twelve fire escapes. The windows in each of these areas (350 total) were removed, repaired (or replaced in kind), painted and reinstalled. The decorative sheet metal was repaired, strengthened and reinstalled at the balconies and roof cornice. And, without noticeably altering the appearance of the curtain wall from the sidewalk, additional structural supports were added to the mullions, flashing was installed and spalling concrete was removed and replaced.

After a two-year restoration of the glass wall and decorative balconies and cornices, the scaffolding that covered the Hallidie Building was removed in early May 2013.

Early History of the Building

Named for San Francisco cable car pioneer Andrew Smith Hallidie, the building is on both the California and National Register of Historic Places and was built as an investment for the University of California, Berkeley. In accordance with the school's colors, the Hallidie's decorative metal was originally painted blue and gold.

Though innovative in its use of a glass curtain wall, the building has a traditional composition. Its decorative metalwork is Gothic in style and its architectural organization has a clear base, shaft, and capital. The fire escapes are integrated into the metalwork of the building and serve to frame it on either side. Though the ground floor storefronts have been altered, the building's facade remains largely unchanged.

This history was written in part by the University of California, Berkeley, College of Environmental Design Archives. These archives form Northern California’s premier collection of historical architecture and landscape architecture records. For further information, visit  www.ced.berkeley.edu/cedarchives/.